The Reality of Drunk Driving Statistics in Houston 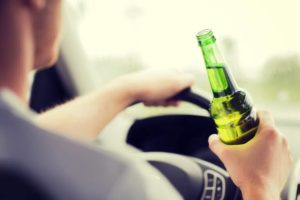 Houston is a large city, containing over 2.2 million proud residents. Amid our city, drunk driving is a real problem that we face every single day. These are some of the horrific statistics that directly affect our city, and how we live every single day:

What Do These Statistics Mean?

It means that the people of Houston are in direct control of how our city continues to spiral out of control. In times like these, having proper legal counsel is more important than ever before. Every single act of drunk driving is 100% the fault of those who climb behind the wheel while intoxicated. There is never an excuse to drink and drive, though these statistics continue to climb.

Standards have been questioned and dared to be increased in direct response to the growing epidemic facing our city. Statistics are gathered in part to show the public how dangerous and destructive their behavior is, and the behavior of those around them. Ceasing to drive under the influence, stopping friends, colleagues and family members from doing the same, and being aware of your surroundings are all ways to prevent these numbers from rising.

If You Are the Victim of Drunk Driving in Houston

If you’ve been injured in a car accident, pedestrian accident, or your family member has been the victim of wrongful death due to drunk and disorderly driving, contact us today and learn how you can seek the compensation you deserve. We can’t undo what has been done, but we can make the financial aftermath easier on you with rightful compensation for wrongful and negligent acts done to you or your family.

Choose A Firm That Can Give You The Representation You Deserve

Contact our experienced auto accident lawyers - we can help get you the car accident compensation and justice you deserve.