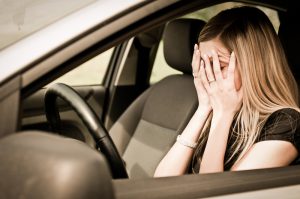 There are very few people who enjoy being pulled over by a police officer. It’s a stressful experience that often leaves an unsettled feeling, especially if you receive a ticket. With the average traffic violation ticket ranging anywhere from $50-$5,000, it will be worth your time to avoid making these common mistakes while driving in Houston:

This is arguably the most common reason for receiving a traffic violation. They also aren’t cheap. A speeding ticket in Houston will range from $170-$300, depending on how many miles over the speed limit you were traveling. Traffic fines increase in a school zone. Fines are even more expensive in construction zones, where their cost can range from $235-$500.

Even with the accessibility of bluetooth and other hands-free devices, cell phone usage is still one of the most common driving violations. In Texas, there is a statewide ban on using any type of phone while driving. The first violation receives a fine of $25-$99, and any future violations range from $100-$200.

Despite being an easily avoidable offense, this traffic violation still makes the list. You may be in a hurry, or perhaps you thought no one was watching. However, even something as simple as failing to make a complete stop at a stop sign will cost $235 while driving in Houston.

In 2016 alone, Houston saw nearly 1,500 DWI-related accidents, the second-highest number in Texas. In addition to a maximum $2,000 fine, a DWI violation can also lead to suspension of your driver’s license, mandatory community service, drug and alcohol courses, and even jail.

Not Wearing a Seat Belt

According to the National Highway Traffic Safety Administration, only 86% of drivers actually wear a seatbelt. In Houston, that amounts to over 300,000 people, which makes this one of the most common traffic violations. In addition to costing $150, failure to wear a seatbelt could be the difference between life and death if you do get in a car accident in Texas.

While there are many factors that are out of our control when we get behind the wheel, many of the violations on this list are easily preventable. Following basic laws like speed limits, red lights, and stop signs can save us from the unpleasant experience of a traffic stop and paying a fine.

If you’ve been injured in a car accident in Houston, you may be entitled to financial compensation for your injuries. At The Law Offices of Hilda Sibrian, we are committed to defending our client’s rights. If you think you may have a case, call our offices to schedule a free case evaluation, or submit your case online. 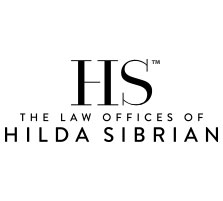