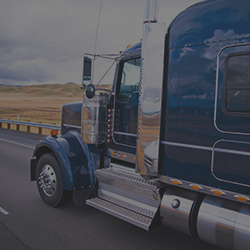 Every year, thousands of people suffer catastrophic injuries or are killed in truck accidents in the United States. Many of these fatal accidents involve a truck hitting another car from behind. With recent vehicle technology, including automatic emergency brakes (AEB) and forward collision warnings (FCW) systems, many rear-end accidents are now preventable. Yet, according to the Insurance Institute for Highway Safety (IIHS), only about half of new commercial trucks have either one of these features. A new IIHS study reveals the life-saving potential of automatic emergency brakes and forward collision warning systems in American big rigs.

Automatic emergency brakes add significant safety benefits to any vehicle. When most or all cars on the road have AEB, these benefits multiply.

AEB can slow down or even potentially stop a vehicle before a collision occurs. For example, if a car suddenly brakes ahead of an AEB-equipped vehicle on the highway, the AEB will kick in and slow the vehicle down to minimize crash risk. This feature has the ability to prevent many accidents, which is why nearly 70% of new cars come equipped with either AEB or FCW.

If installed in large trucks, AEB could save lives on U.S. roads. According to the new IIHS study, trucks equipped with AEB had 12% fewer crashes than trucks without AEB or forward collision warning systems.

A forward collision warning system alerts a driver to a rapidly oncoming vehicle or object. This system might use beeping or some other auditory warning in the event of a potential impending collision.

Like the AEB feature, FCW systems can save lives when installed in big rigs. In its study, the IIHS found that trucks with FCW were involved in 22% fewer crashes.

Changes on the Horizon?

All in all, the safety benefits of installing AEB and FCW in trucks are major. The IIHS study indicates that if all trucks that weigh 30,000 pounds or more had AEB or FCW capabilities, more than 40% of rear-end truck crashes might be prevented. Furthermore, the study found that the presence of AEB and FCW correlated with a 65% drop in injuries related to these accidents.

Luckily, there is reason to hope that more large trucks will someday be equipped with AEB and/or FCW systems. This July, the U.S. House of Representatives passed legislation meant to decrease the risk of commercial vehicle accidents. If the Senate passes this legislation, it will require all new 10,000-pound and heavier commercial trucks to have AEB capabilities.

If you have been hurt in a truck accident in Texas, act now to get the legal representation you need. The skilled truck accident attorneys at The Law Offices of Hilda Sibrian can help you understand your rights and fight for the compensation you deserve.