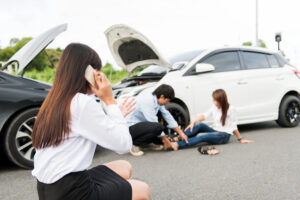 Head-on collisions may occur less frequently than other types of car accidents, but, unfortunately, they tend to cause more severe and fatal injuries than other types of accidents. The National Safety Council reports that, in one recent year, there were approximately 5,000 deaths among 360,000 head-on collisions across the United States, compared with about 2,900 deaths among 4.4 million rear-end collisions.

Because head-on crashes often involve vehicles hitting each other at high speeds, the injuries from these crashes can be catastrophic, leaving accident victims in severe pain and facing the prospect of expensive medical treatment for years to come.

The Houston car accident lawyers at The Law Offices of Hilda Sibrian can help if you’ve been injured in a head-on accident. We’ve been helping victims of head-on collisions recover fair compensation for their injuries for more than 15 years. If you want to know more about how we can help you, contact our office for a free initial consultation.

Everything from driving while distracted to speeding around a curve could lead to a head-on collision, but some of the more common causes of these accidents include:

Proving Fault in a Head-On Crash

Here are the key steps to take if you’re involved in a head-on accident in Texas:

There are several ways that a head-on collision lawyer can help you after an accident. They can:

The Houston car accident lawyers at The Law Offices of Hilda Sibrian want to protect your rights and help you get the compensation you need after a major accident. Contact our office today for a free initial consultation.