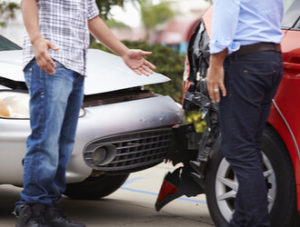 The difference between fault and no-fault systems in state liability laws can be confusing to those who aren’t used to the system. States like Texas use a fault-based system of auto insurance, where insurance companies pay settlements according to each party’s degree of fault. If there is a disagreement with the insurance company on the claim, you might have to file suit to recover economic damages, including medical expenses and wages, and non-economic damages, like pain and suffering.

In no-fault states, the driver who is not at fault does not have to prove the crash was someone else’s fault before getting compensation, and the insurance company for each individual will pick up economic damages for both parties. However, the injured person cannot sue the other driver for pain and suffering, inconvenience, or emotional distress (non-economic damages). You will be able to bring forth a lawsuit for your injuries if they exceed your personal injury protection (PIP) coverage from your insurance company.

No-fault insurance is a result of the large number of cases being brought to the court system after car accidents, which resulted in the courts becoming crowded with claims adjusters who disagreed on who was at fault in an accident. They hoped by setting up a no-fault system that car insurance rates would lower, reimbursement would be fairer, and that the court system would have less burden. Currently, 38 states are fault states, while the remaining 12 states have no-fault systems in place now.

In a no-fault state, the damages of both vehicles would be covered by the insurance company up to the limits of your plans. If you weren’t at fault and your plan didn’t fully cover your damages, you would have the right to file suit against the other driver for the remaining compensation.

Our Car Accident Attorneys Can Help

The attorneys at The Law Offices of Hilda Sibrian believe that if you are in an accident and you believe you are not at fault, you should consult a car accident attorney as soon as possible, so that you can get the help and guidance you need dealing with these complicated systems.  We are experienced in auto accidents and have helped drivers navigate this complicated system and reach settlements that they deserve. If you have been injured in an accident, it is imperative that you speak with an attorney sooner rather than later to understand what your situation entails, so that you are better prepared to deal with the economic and non-economic damages.