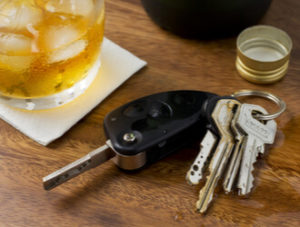 According to the Centers for Disease Control and Prevention (CDC), one person dies every 53 minutes in car crashes involving alcohol. In the State of Texas alone, 13,138 people died in drunk driving accidents between 2003 and 2012. Of course, these staggering numbers only include the fatalities. Countless others are seriously injured in alcohol-related accidents every day.

While most people know they should never drink and drive, others get behind the wheel with no thought of the harm they might cause if they are involved in an accident.

What should I do if I was injured in a drunk driving accident?

In spite of the growing popularity of rideshare services like Uber and Lyft, people continue to drive under the influence of drugs and alcohol, putting everyone else on the road at risk. If a drunk driver injured you, there are several things you should do to preserve your right to compensation for your injuries:

You should also keep an eye on the driver while you are waiting for the police to arrive. If more than one person is in the other car, remember who stepped out of the driver’s seat. The intoxicated driver may try to claim that a sober passenger was actually driving at the time of the crash. If you see the driver dispose of any beer cans or drug paraphernalia before the police arrive, let them know.

How can I hold a driver liable?

If the other driver was drunk at the time of the accident, you have a strong claim for compensation. For example, if the other driver is convicted of driving under the influence (DUI), it is likely that a court would find him/her at fault for your accident.

However, the simple fact that the other person was drunk is not enough to prove they caused the accident. Instead, your attorney must prove that the drunk driver was also negligent. For example, the drunk driver would be at fault for the crash if s/he ran a red light or swerved into your lane on the highway.

Although the law surrounding these types of accidents is still developing, there is a strong chance that Uber or Lyft may have to compensate you if its drivers caused your injuries.

However, if you are involved in a Lyft or Uber accident, the rideshare service will do its best to avoid paying you a dime.

If you end up in this situation, be proactive. Do not rely on the rideshare driver to call 911 or ensure your safety. Call 911 and get as much information as possible. If you were not a passenger in the car, ask the driver if s/he had a passenger at the time. This can be the difference between $1 million and $30,000 to pay for your injuries.

Get Help After a Drunk Driving Accident

Hilda L. Sibrian has dedicated her career to protecting the rights of injured victims in the Houston area and she can help you too. If you were injured in a drunk driving accident, contact The Law Offices of Hilda Sibrian for free today