Get A Free Consultation:

New Year, New Safety Tips: How to Stay Safe on the Road in 2018 and Avoid a Houston Car Accident 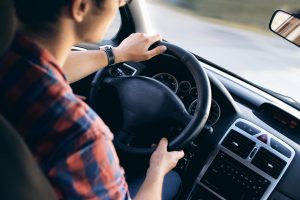 When the fun and festivities of the holidays end, we all come back to reality and realize that the roads are still terribly unsafe. You’re not just focusing on your own driving, but you’re also worried about how everyone else is handling their driving. We see hundreds of cases each year from responsible drivers who found themselves involved in car accidents in Houston. Here are some safety tips we’ve gathered that will help you navigate the roads this coming year:

Whether we like it or not, it doesn’t matter how good of drivers we are; it matters more about the world around us. Drive defensively as if you’re surrounded by incompetent drivers, and always remember to:

Some of us are glued to our GPS or the apps on our iPhone to direct us. If you’re dependent on your navigation system, you probably get a touch of anxiety when you make the wrong turn, or end up somewhere you didn’t intend to be. Don’t worry: Map it all out ahead of time, but if you find yourself in an odd spot, just remember that your navigation has gotten you this far—it can get you out of there, too.

When you plan ahead, you should also schedule stops to rest and eat. Focus these stops around times with heavy traffic (it’s always a good idea to stop and get dinner during rush hour; you’re not really moving in that traffic, anyway). Doing this ensures you’ll be around fewer drivers, which potentially minimizes the risk of getting into a collision as well.

You Follow the Rules of the Road, But Not Everyone Does

Treat every single driver as if they’ve lost their mind. Just because you follow the rules doesn’t mean your fellow drivers do. Houston car accident attorney offices see some of the most ridiculous ways that people have gotten into accidents- if you can imagine it, it’s probably happened!

Don’t focus on the car radio, the GPS system, or talking to the passenger beside you. While you’ve probably heard, “Ten-and-two, eyes on the road” a million times when you went through driver’s education, the fact remains that those rules are drilled into your head for a reason. According to the NHSTSA, 3,450 distracted driving-related deaths occurred in 2016. That’s nine people a day.

Hand Over the Right-of-Way

Everybody wants to be first out there on the open road, but that’s where accidents pop up. If you’re in a tight spot and someone else is trying to wedge in, let them. It may not get you home faster, but it will get you home safer.

Your Houston car accident attorney’s office is the first place you should go after an automobile accident. If you’ve recently been injured, contact the offices of Hilda Sibrian today to discuss the next step.